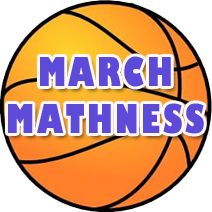 Renata Palms, Supervisor of Marketing, leads all marketing efforts for Ascend Education. Renata has over 5 years of marketing experience with Ascend Education and a B.S. in both Marketing and Information Technology. Her primary role is to develop and execute the marketing plans that build successful relationships with school personnel and parents and make them aware of the services offered by Ascend Education. Her areas of responsibility include the corporate website, social media, email marketing and events.
View all posts by Renata Palms →
This entry was posted in Fun Math Problems, March Mathness, student motivation. Bookmark the permalink.